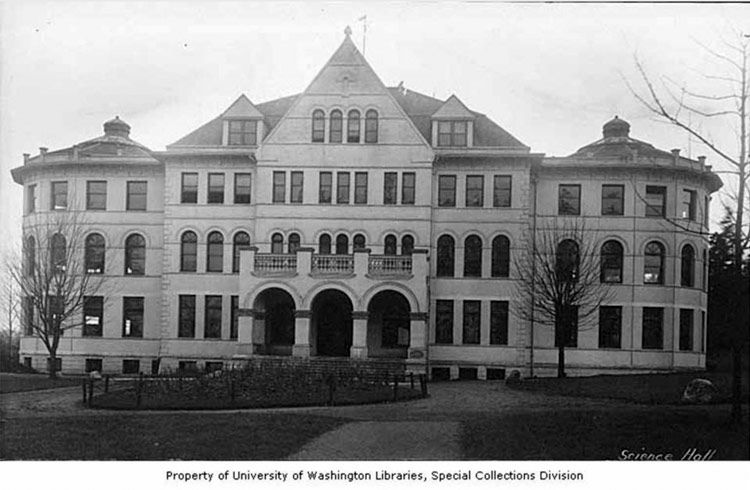 The UW Seattle campus dates back to the 1890s when the institution was relocated from the downtown Metropolitan Tract and construction of the first academic, administrative and residential buildings began. Arranged around a quadrangle in 1904, these were followed by permanent structures built between 1909 and 1914. Growth continued, even into the Depression years of the 1930s, while the mid-century saw the origins of the modern-era campus; further expansion to the south and east for medical, science, athletic and sport facilities; and construction of expressive post-war buildings that embodied progress and optimism. Advancements in the 1960s and 1970s saw a renaissance in landscape planning, the creation of special outdoor spaces, and the preservation of unique, historical landscapes.

While fostering continuous use, improvements and innovations to significant buildings, the University works to insure that historic significance, value and association of the campus is preserved. To insure this occurs on a comprehensive project-by-project basis, the University utilizes a multi-step process for historic preservation review, outlined in the University President’s Executive Order 50, created in 2015.

UW Bothell and Cascadia College are co-located on a 135-acre site along North Creek and restored wetlands. In 1989, the Washington State Legislature authorized the creation of two upper division UW branch campuses (Bothell and Tacoma) in order to address “insufficient and inequitable access to upper division baccalaureate education” within the state. In 1990, UW Bothell was founded, holding its first classes in leased space in the Canyon Park Business Center with a student enrollment of 126 and 13 founding faculty. In 1996, a portion of the 500-acre Boone-Truly Ranch was sold to the State of Washington. Master planning, permitting and development occurred from 1995-2002.

The campus is just east of downtown Bothell and held the residence of Dr. Reuben Chase, the first medical doctor in the city of Bothell. The house was built in ca. 1885 and was one of the first houses in a small settlement of roughly six dwellings that made up the community Stringtown. The Chase Residence was listed on the National Register of Historic Places on August 27, 1990 and designated a Bothell City Landmark. It is located near the southeast edge of the campus.

The Boone –Truly House was built in the 1920s to accommodate Boone’s hunting activities. A few years after Boone’s death in 1960, his daughter Beverly Boone-Truly and her husband, Richard Truly, purchased the homestead. They continued to operate it along with their children and other friends as family members as a cattle ranch. This structure was later moved to its present site in the central west portion of campus and renovated to accommodate the current academic uses. A Historic Resources Addendum analysis describes how the house does not meet the listing criteria for historic places.

UW Tacoma began offering classes in 1990 with 13 founding faculty, 11 staff and 187 enrolled students. In 1993, the UW Tacoma Campus Master Plan was completed and construction began to create the campus’ learning spaces, offices, library and open space in its downtown Tacoma setting. It opened to 1,200 students in 1997. The campus is located in the Union Depot/Warehouse Special Review District per the city of Tacoma Landmarks Preservation District. The eastern and lower part of campus is located directly across Pacific Avenue from the city’s restored Beaux Arts railroad station and State Historical Museum. Many of the buildings within the district and therefore on campus, are contributing buildings to this historic district.