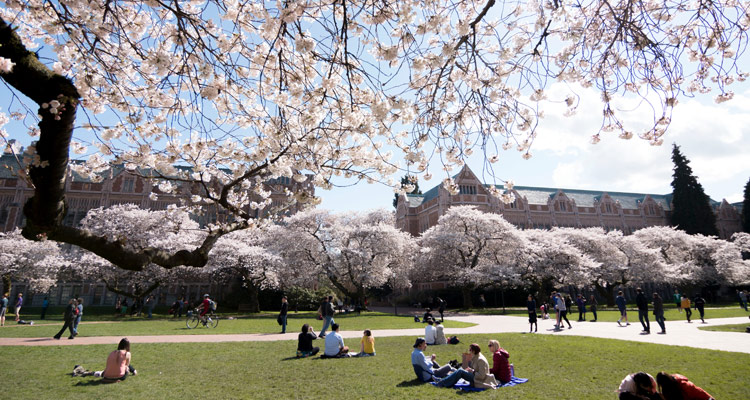 The University of Washington is world famous for its beautiful Seattle campus, with tens of thousands of people visiting the Quad during cherry blossom season and Drumheller Fountain. Other iconic natural spots on the 643-acre campus include Rainier Vista and Sylvan Grove, but there are hundreds of other lesser known gems as well. UW Facilities takes care of them all.

From formal to more natural, traditional to modern, open lawns to hidden gardens, there is something to discover and enjoy on all parts of campus. We’re proud to be a 10-time honoree of the Tree Campus USA program, an accredited Level II Arboretum and a certified Salmon Safe university.

You may also be interested in the UW Botanic Gardens, which includes the Washington Park Arboretum and the Center for Urban Horticulture, or in the Biology Department’s Greenhouse and Medicinal Herb Garden. Information about grounds operations at UW Bothell and UW Tacoma can be found on their websites.